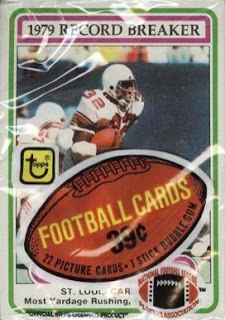 I was perusing Twitter today and saw a discussion about favorite football sets. I was going to respond & post why, until so many reasons came to mind that I figured it would be easier (and more fun) to recount them in long form.

Hands down, 1980 Topps is my favorite football set. I know, it's seldom on anybody's lists of great Topps football sets, but it easily tops mine. 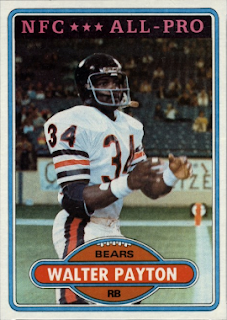 I was an 11 year old kid living in Rota, Spain in 1980. I didn't really get into football until a couple of years before. It was far more popular with my classmates than baseball (imagine that!).

We moved to Spain in the summer of 1978. I had just gotten into baseball & baseball cards that summer. When school started in the fall though, I soon learned about this other sport of football, and I was in. 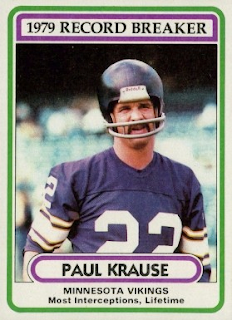 All my classmates were either Steelers or Cowboys fans, except for the one goofy kid who was a Vikings fan. The Steelers won the Super Bowl at the end of that season, so I fancied myself as a Steelers fan. 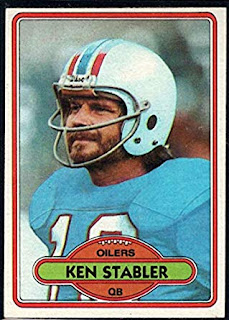 I soon learned that there was a guy who tore up the league that year named Earl Campbell. To this day I can't explain how or why, but I soon became an Oilers fan. 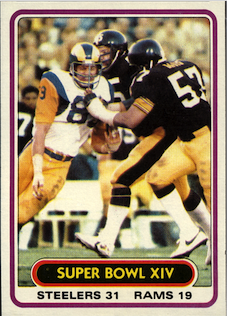 I don't remember much about the '79 season. The Steelers beat the Rams in the Super Bowl. That's about it.

Now a little bit about living in Rota. The Navy Exchange didn't sell sports cards. I don't know why and I'd love to find out why someday, but I doubt that will be today. But needless to say, sports cards were hard to come by. New cards basically consisted of some new kid moving to town and trading with the rest of us. Pretty soon he would be in the trading collective, and eventually we would all end up with the same cards anyway. 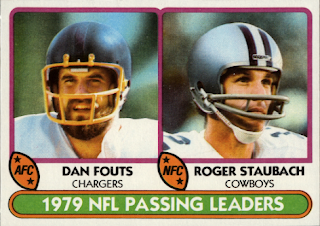 I don't remember the exact why or how, but my Granny sent me a box of 1980 football not long after they were released. Funny the things you remember from your youth, but I can still remember opening the box and seeing all those shiny cello packs. JACKPOT!!!

My dad, being the brains of the outfit, would only let me have one pack a day. He kept them hidden somewhere that I never could find (and I tried!), but it was still a treat every morning to come into the kitchen for breakfast and see a new pack sitting at my place at the table! 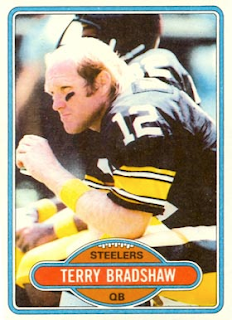 I would pour over the fronts and backs of them every morning, taking them all in. I would take them to school (in my back pocket!) and show them off to all of my buddies. I'm sure they tried to trade me for them & I'm sure I refused every time. I LOVED these cards. 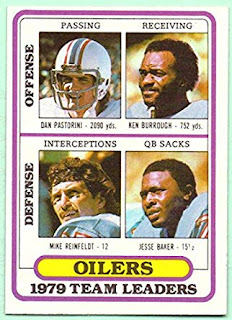 Over time though, they disappeared, but the memories didn't. In recent years I have started to rebuild the set. My checklist currently shows that I have 127 of them. They're high on my list of commons I hope to find at NSCC in a few weeks.

My Granny passed away about 3 months ago. Twice while we lived in Spain, she sent me a box of cards in a care package. One baseball ('76 cello box in '79, a whole 'nother story for another time) and one football. When she passed, I thought back on all the memories of her in my life and this was near the top.

Last on your scorecard, first in your hearts...

Links to other Cool Places